HM Honorary Consul of the United Kingdom, Mark Sutherland, sits down with us in a recap of the U.K./MO roundtable event hosted at Technology Partners with attendance including over 20 top-level St.Louis leaders.

1) Carrying out the role of CMO for the Missouri Partnership is a big role. Can you go into the relationship that Great Britain has with Missouri and its importance to citizens in the region?

Sutherland: The Missouri/U.K. relationship has been building significantly since the 1940s. The U.S/U.K special relationship was born in Missouri. In 1946, Sir Winston Churchill gave his Iron Curtain speech in Fulton, MO and used, for the first time, the term “special relationship” to describe the U.S/U.K connections. And since then, we have seen economic, millitarial, diplomatic and cultural connections increase. Today, more than 50 British companies invest and create jobs in Missouri, including AB Mauri, GKN Aerospace, Caparo Group (Bull Moose Tube), GlaxoSmithKline and more, employing more that 23,000 Missourians. And more than 25 Missouri companies are invested in the U.K., such as Enterprise, Emerson, Stifel, and Masterclock. These investments, plus the vibrant import/export activities between us, generate more than $2 billion in trade between Missouri and the U.K every year, making the U.K. Missouri’s fourth largest export market.

2) How did the UK/Missouri Partnership meeting come to fruition? What are you excited about as a result of this initiative?

Sutherland: Building economic partnerships between the U.K. and Missouri is a high priority for the British government. In fact, Missouri is one of 10 priority states in the U.S. for the U.K. And I have the privilege of serving as Her Majesty’s Hon. Consul of the United Kingdom of Great Britain and Northern Ireland, with a specific remit focused on Missouri. In strong partnership with Civic Progress and the State of Missouri, we assembled a business roundtable to discuss how to take our economic relationship to the next level in order to benefit both the U.K. and Missouri going forward. This came out of a meeting we held with Governor Parson earlier this year where both he and the U.K. Government expressed a desire to grow our economic connections in ways that made a positive impact in the lives of Missourians and Brits. The timing was due to the visit from the Royal Air Force (RAF) Red Arrows during their North American Tour, the first in more than a decade and the first to Missouri. And because of their visit, we had members of the team and senior RAF leadership in attendance, along with senior British government officials from the Chicago Consulate, the U.K. Embassy, and London. The conversation was dynamic, with clear next steps emerging from the meeting focused on growing our economic relationship. 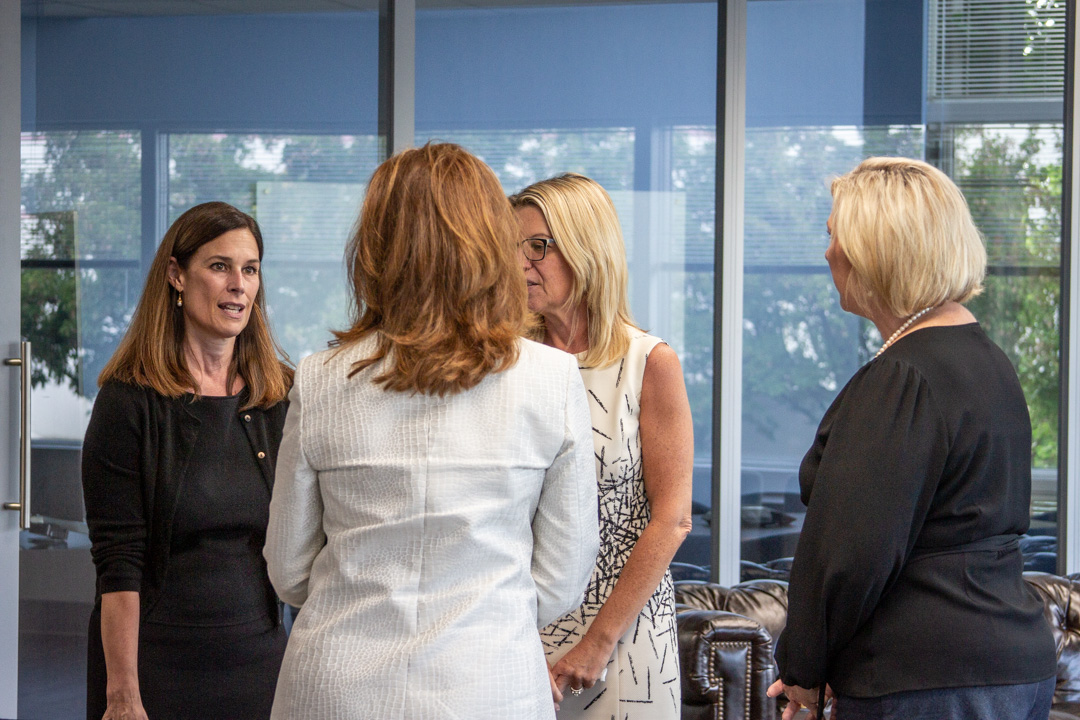 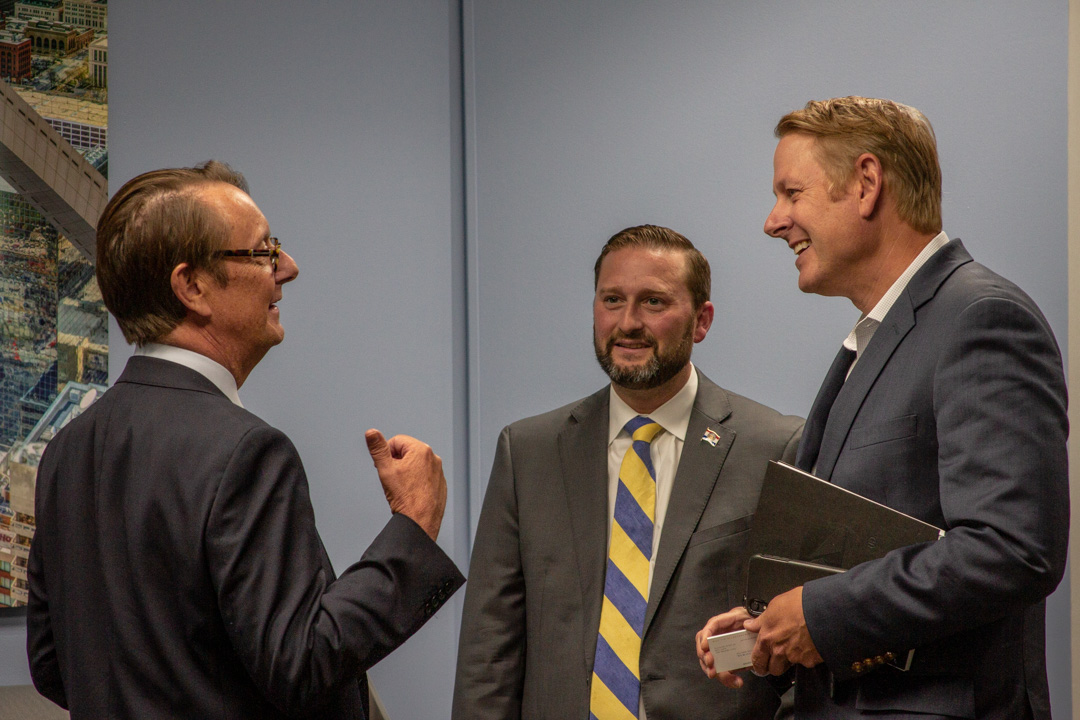 3) The Royal Air Force delivered an incredible airshow in Chesterfield. Can you share any additional insights into the experience and impact on St. Louis?

Sutherland: The RAF Red Arrows, our Blue Angels, put on an amazing performance and had great impact on the ground as well. STEM is a huge focus for the team, and the STEM Expo at the Spirit of St. Louis Air Show was a key reason St. Louis was selected from the very beginning of the RAF’s planning process. The feedback from the team about Missouri was also phenomenal. Welcoming, innovative, amazing and “best stop yet” were all words used by the team to describe their visit to St. Louis.

4) Obviously, the UK partnership is a major focus. However, I also have to ask the broader question: How do you promote Missouri globally? What are some of the strengths you highlight?

Sutherland: I have the privilege of wearing two hats. A Missouri hat, as CMO of Missouri Partnership, and a British hat, as the British Hon. Consul, and sometimes I get to wear them both at the same time. Missouri Partnership is specifically tasked with attracting new businesses from around the globe to expand into Missouri, in order to create jobs and growth within the state. When it comes to, as I describe it, bragging about Missouri globally in order to generate this investment and job creation in Missouri from global companies, there are incredible stories to tell. Missouri is the global AgTech leader. Missouri is North America’s Logistics Center and a leader in automotive and aerospace manufacturing as well as geospatial analysis. Missouri batteries power the International Space Station and the Mars Missions. Missouri is home to the largest concentration of financial services wealth managers outside of New York. And Missouri companies are advocating for health innovation, while also transforming how doctors and patients interact with the essential data they need. I have the privilege of telling those stories, in a targeted way, to audiences around the world. This happens on social, via digital outreach, in person, at events, in the media, and more. It’s an honor and a privilege to have this role around the world, and it’s especially amazing when I get to tell the Missouri story in a way that increases the U.K./Missouri relationship.

We can help you gain the flexibility you desire in your career. See our current opportunities.
JOB OPPORTUNITIES

Effects on the Brain: What Science Says About Employees Working in the Dark

Five Technical Devices Network Engineers Use on a Daily Basis

Establishing a Professional Online Presence for Your 2019 Job Search

Episode 046: The Realities of Commitment in Leadership w/ Lee Paris

How to Make Your Tech Employees Feel Valued

6 IT Resume Tips to Land Your Dream Job

Bring Your IT Job Search to an End… FAST!

Do You Really Want the Job? Show Them Why They Have to Hire You!

Episode 220: The Journey of a Female Executive w/ Jane Stevenson

3 Digital Transformation Trends to Watch Out For in 2023