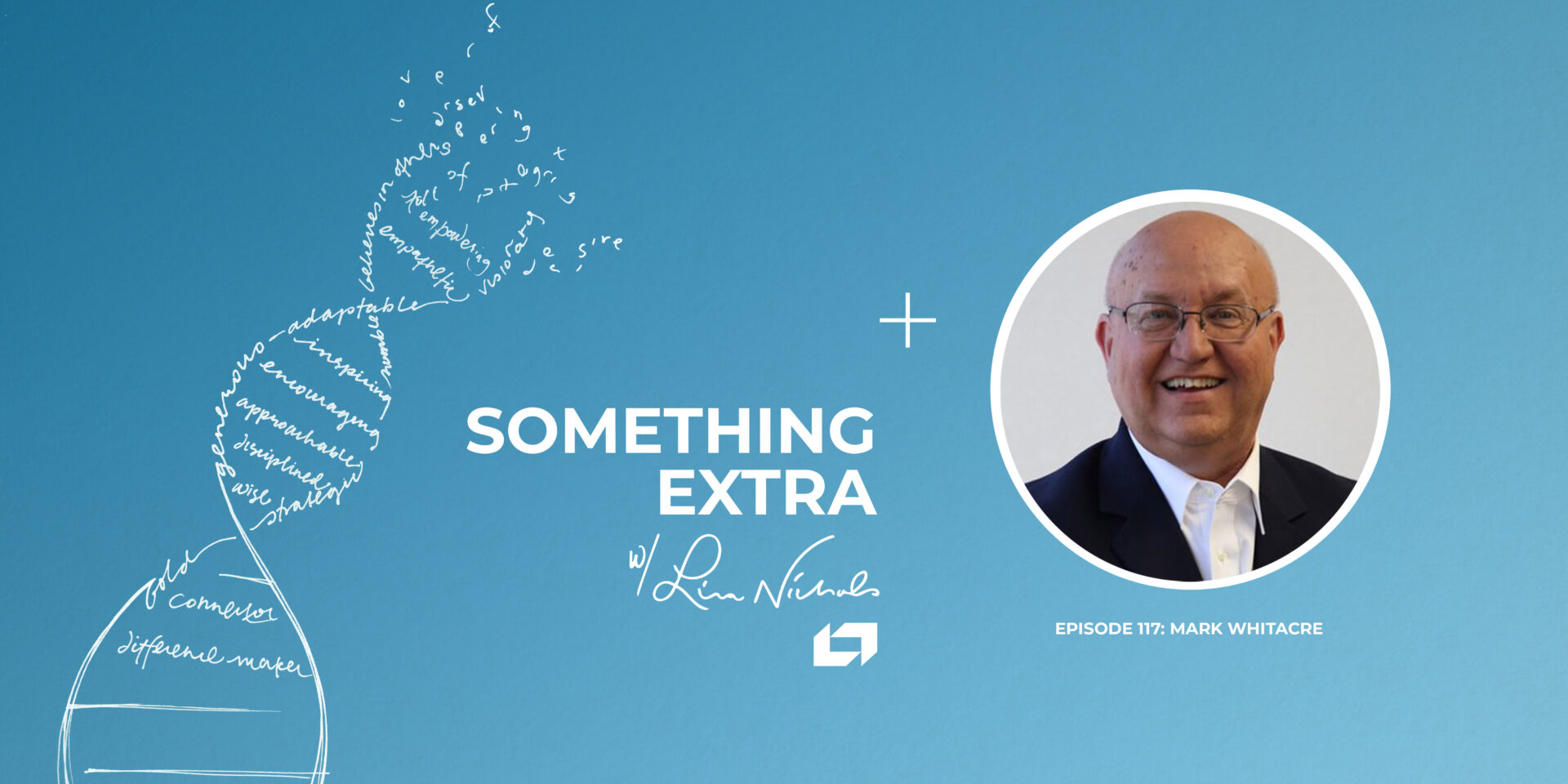 Mark Whitacre, Executive Director at Coca-Cola Consolidated, is a seasoned executive who is extremely appreciative of redemption and second chances in America. A man we commemorate for his servant leadership and dedication to multiply leaders across the country.

Bio: Mark Whitacre is a seasoned executive who is extremely appreciative of redemption and second chances in America.  Since December of 2019, Mark Whitacre is Executive Director of the t-factor initiative at Coca-Cola Consolidated, Inc. The  PURPOSE of t-factor is to transform workplace cultures around the world for good, for God, for growth.  Mark most recently served as COO of Christian Business Men’s Connection (CBMC), an organization that has impacted his life greatly over the past two decades.  Mark was National Director then COO of CBMC from 2013 to 2019.  He was the COO and Chief Science Officer from 2006 to 2013 at Cypress Systems, Inc., a California biotechnology company where Mark still serves on their advisory board today.

After completing his B.S. and M.S. degrees at Ohio State University, Mark then earned his Ph.D. degree at Cornell University in biochemistry.   He worked as an executive for multiple Fortune 500 companies, including Ralston Purina, Degussa (Evonik), and Archer Daniels Midland (ADM).  He was recruited at ADM when he was 32 as the President of the Biotech Division and Corporate VP of ADM.  Mark has extensive international business experience, having lived in Germany for four years working for Evonik at their world headquarters in Frankfurt.

Mark and his wife Ginger have been married for 41 years and have three adult children.

Mark’s Something Extra: What I see is relationships vs. transactions. When I was in my 30s it was all about these 4,000 people in the bio-tech division and how they can help me move up the corporate ladder. It was very transactional. Now I’ve learned in these 22 years of servant leadership training that relational trumps transactional… it is the longer term way to serve. To me what makes a servant leader is when they are relational over transactional.”