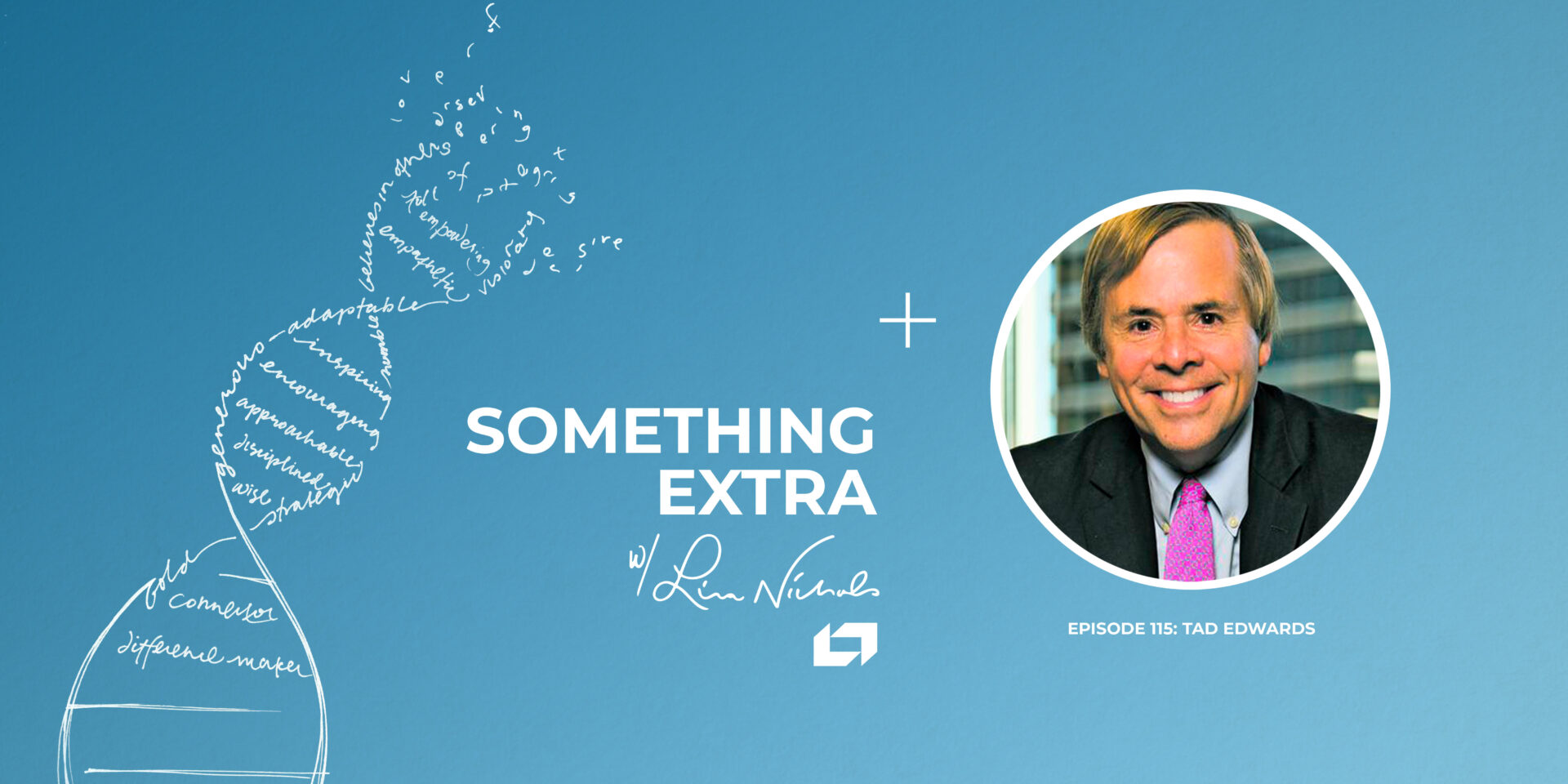 Bio: Benjamin F. Edwards (Tad) is Chairman, CEO and President of Benjamin F. Edwards.  Tad is responsible for leading the firm’s development and directing the execution of its long-term, client-first strategies.  He ensures each initiative is grounded in the firm’s mission to empower financial advisors with the freedom to address their clients’ needs as they see fit in an atmosphere of trust, integrity and mutual respect.

Since its inception, Tad has expanded the firm’s presence from coast to coast with over 285 advisors located in more than 70 branches in 27 states.  Operating with no debt, he has broadened the firm’s capabilities by adding an investment banking division and Edwards Wealth Management, a Registered Investment Advisor (RIA).

Before founding Benjamin F. Edwards & Co., Tad held several executive positions at A.G. Edwards, a firm founded by his great-great-grandfather.  He began his career in Human Resources, then worked with clients as an advisor, and eventually as a branch manager of one of the most profitable branch offices. Tad moved to the firm’s corporate headquarters as a regional manager, and later directed the Sales and Marketing division. He also served on the boards of directors for A.G. Edwards, Inc. and its brokerage subsidiary, A.G. Edwards & Sons, Inc. He was named vice chairman of the holding company board and appointed president of the brokerage firm in 2001.

A graduate of Trinity University in Chicago, Tad has also completed the Securities Industry Institute at the Wharton School of Business, the Graduate Management Program at Washington University, and the Executive Leadership Development Program at the Harvard Business School.

Tad serves on the boards of Cass Information Systems, Inc., Central Institute for the Deaf, and Concordance Academy, and is an active member of the CEO Forum.

Tad is married with two children. He is a voracious reader and a news aficionado. Away from the home office, when he is not visiting branches, he enjoys golf, the beach, classic movies, sports memorabilia and time with family.

Tad’s Something Extra: “Humility. If I had to pick a second one, I would say those who are effective. They are the ones that know how to identify talent and know how to build a world-class culture.”