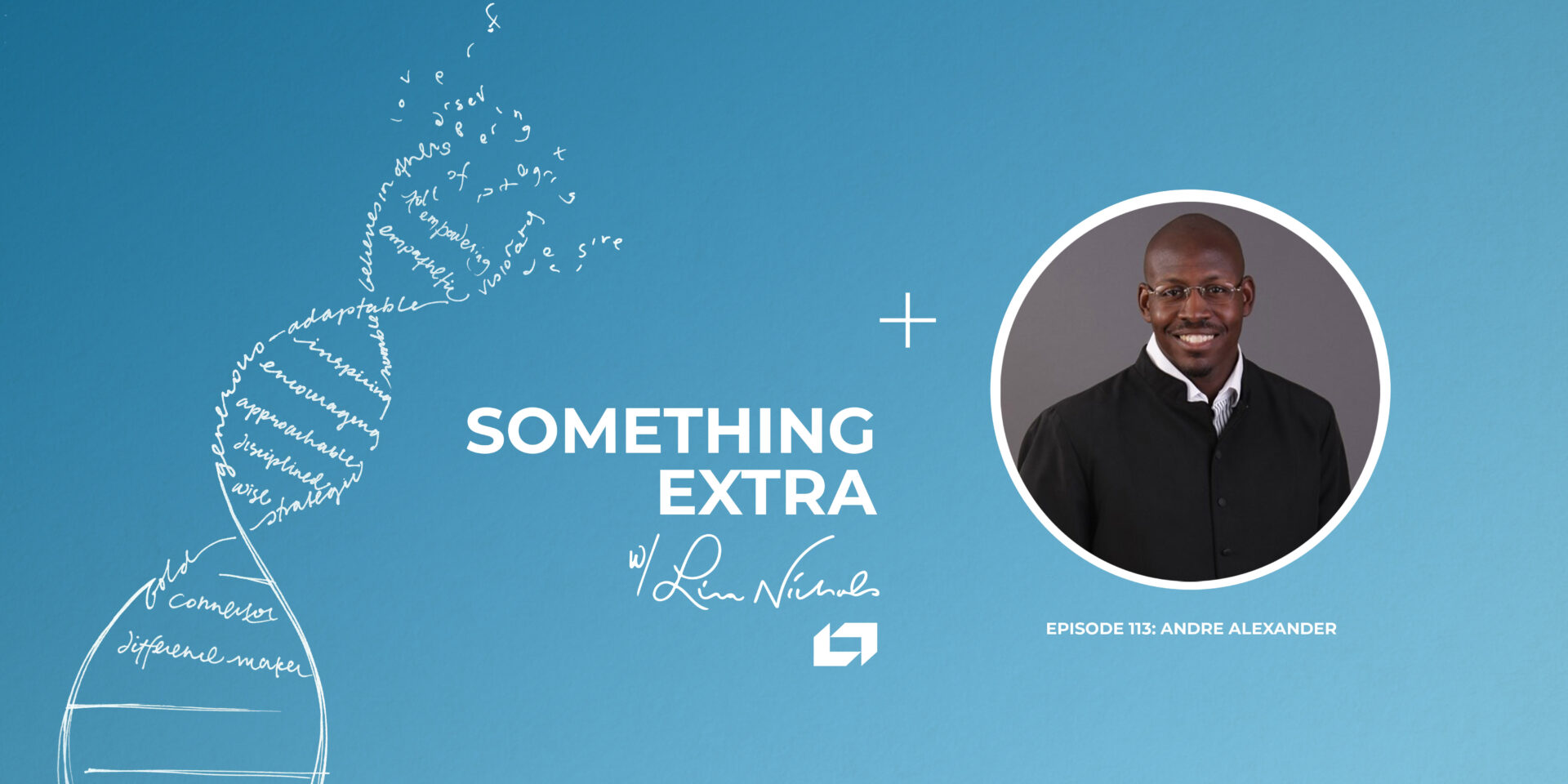 Pastor of The Tabernacle, Andre Alexander, is passionate and committed to bringing restoration to the community he grew up in. Start your day by listening to the journey that formed who he is and the why behind his commitment to community.

Bio: Andre Alexander is committed to the development and growth of people across generations in a way that is unsurpassed. His passion and dedication to meeting the needs of individuals where they are, is seen in both his professional and personal life.

Born and raised in St. Louis, Andre graduated from Berkeley Senior High School in 1995. He went on to study Electrical Engineering with a minor in mathematics at the University of Missouri -Columbia, graduating as one of the few African American students in his class. He completed his MBA from Webster University and his Masters of Theological Studies at Covenant Theological Seminary. Andre has held many positions in the corporate arena working for such companies as Hallmark Cards, Inc., and Alliant Techsystems as a project engineer and project lead overseeing the automation as well as development of systems to enhance manufacturing production. In his roles at Vatterott Educational Center’s and Sodexho for St. Louis Public Schools, he served as the construction project manager involving the renovation of existing structures as well as new construction of facilities for educational usage. Andre’s social services background extends across the age spectrum as well as various backgrounds to include serving at risk teens as a Lead Residential Counselor at Boys Hope Girls Hope Inc. and as a Supportive Services Veterans Families Housing Specialist for Employment Connection.

In 2011 he lead a launch team to organize The Tabernacle, a church plant started in 2012, where he currently serves as the lead pastor with a passion to develop and inspire all to reach their full potential in Christ. In addition to his pastoral responsibilities, he has served on the board of St. Martin’s Child Development Center, from 2012-2014, as treasurer and on the Mizzou Urban Influencers Advisory Council. Andre was the lead organizer of Tabernacle Community Development Corporation, which began in July 2014 and has been its president since inception of the organization. A key element of Tabernacle Community Development Corporation is community revitalization in the Jeff Vanderlou, The Ville and Greater Ville neighborhoods by creating quality affordable housing options while reducing vacancy. The housing initiatives have led to construction job creation with local residents and companies along with programming for tenants to aid with life skills as well as legacy planning for the future of their families.

He is a pastor, engineer, author and all around family man. He is a proud husband (Tiffany) as well as father (Ahmad & Kendal) and enjoys spending time with his family.

Andre’s Something Extra: The something extra is grit – especially in this day and age. You need the ability to not allow obstacles to present this overwhelming sense of, “this cannot happen”. The question has to change. It cannot be why it can’t happen. The question has to be, how can this happen?