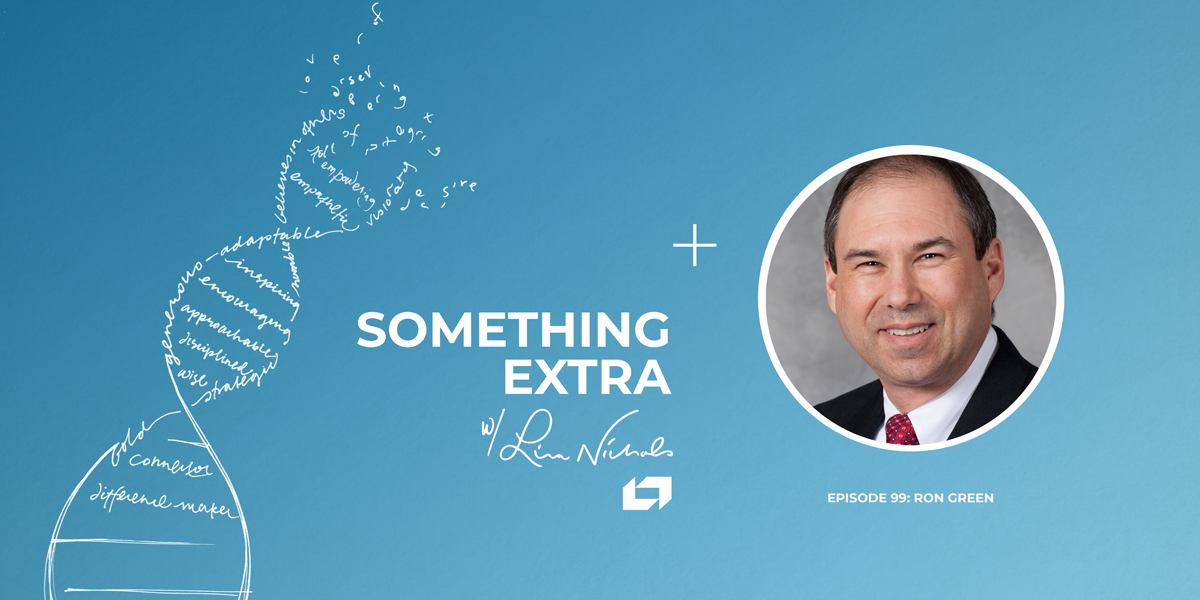 From growing up as a scout to serving as a commissioned professional scouter for nearly 40 years, Ron Green has devoted his time to the movement that impacted life life so greatly. You will walk away from Something Extra’s 99th episode with wisdom on leading with empathy and believing in those around you.

Bio: Since December of 1980, Ronald S. Green has served the Boy Scouts of America as a commissioned professional scouter. An Eagle Scout, Ron went to work for the movement that changed his life so that other young people could have the same positive life changing experiences as he had in Scouting.

In 2019 Ron was bestowed the Distinguished Eagle Scout Award for his outstanding leadership and service. He has rebuilt struggling councils and consistently recruited, organized, and motivated quality, professional staff and volunteer teams of corporate and professional community leaders to carry out the mission of Scouting. Over his career Ron has served the movement nationally on numerous task forces and national committees to ensure Scouting’s relevance, strength, human resource needs, and continued service to youth.

As the 10th Scout Executive of the Greater St. Louis Area Council, Ron has led one America’s largest Councils rich in wonderful history and tradition to new heights through innovative new programs in STEM as well as new camping facilities to better serve today’s families. His attention to fiscal operations has helped the Council remain financially strong while continuing to dedicate financial resources to better serve young people, especially those in need.

Ron’s Something Extra: Empathy: “It all comes down to people feeling part of the mission, part of what you do, and believing in the character and the ethics of leaders. It’s not magic. It’s treating people how you would want to be treated if you were in their shoes.”