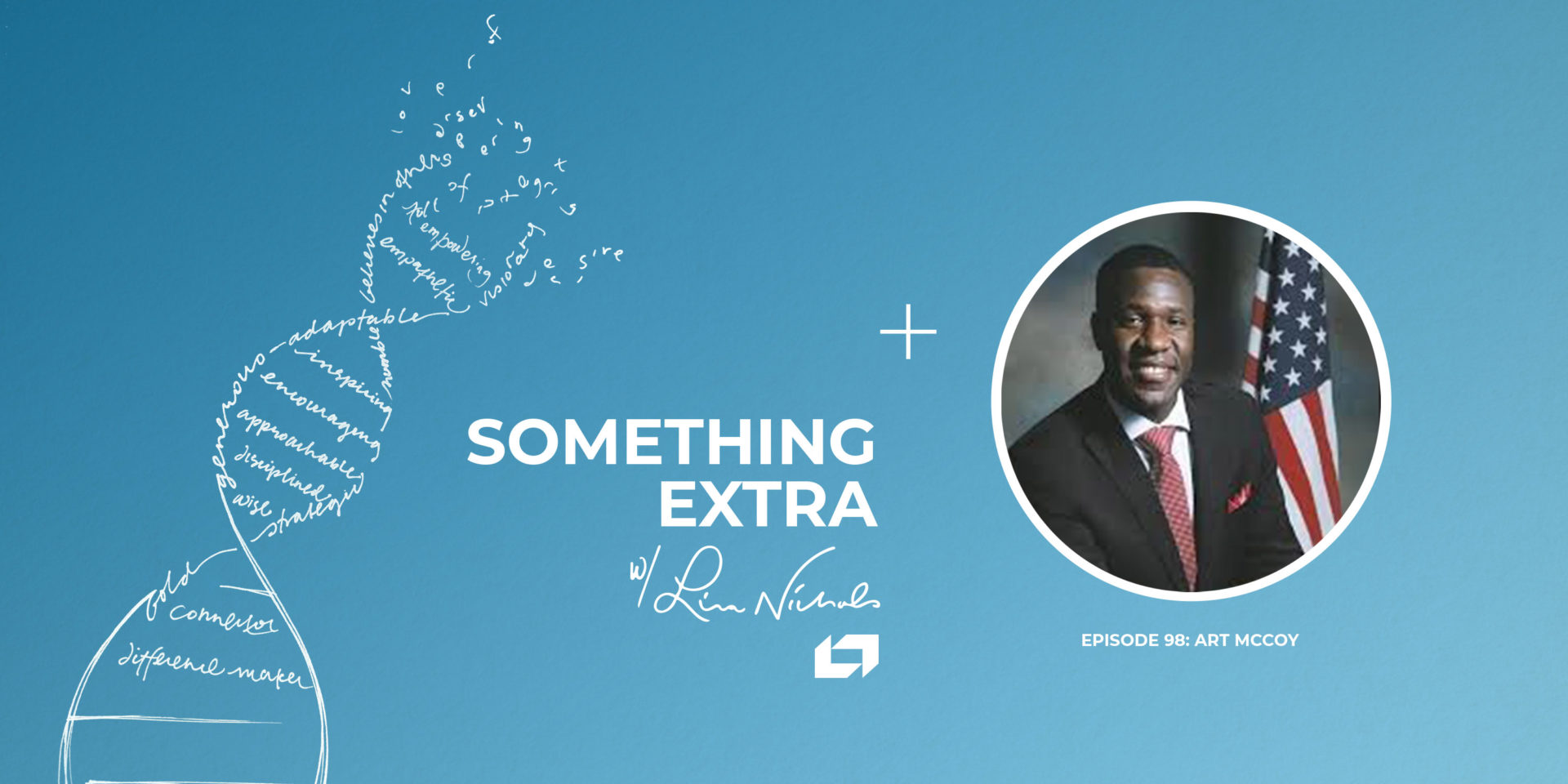 In the words of Art McCoy, “The paveway has already been laid and the highway is set, so now you just have to get on that highway.” Take a few minutes to hear the wisdom from CEO and Superintendent, Art McCoy, speak on how to best encourage and empower those you are in leadership over. This is an episode that you will greatly benefit from, regardless of your profession.

Bio: Art McCoy, Ph.D., is an inspiring champion of children and nationally recognized educator. At age 19, he began his career as a math teacher in the Rockwood School District after graduating Magna Cum Laude with a Bachelor’s of Science, reportedly as the youngest certified teacher in the State of Missouri. After obtaining a Master’s Degree, he was appointed Vice-Principal in the City of St. Charles School District at 22. In 2002, after receiving a Doctor of Philosophy in Education, he was named as Pattonville K-12 Gifted Director. In 2005, Dr. McCoy returned to Rockwood to become Executive Director of VICC and Student Services. In December 2010, Dr. McCoy became the youngest and 1st African-American Superintendent/CEO of Ferguson-Florissant School District at age 33, after serving as Assistant Superintendent for 3 years prior, and a leader for Harvard’s Pathways to Prosperity. In 2016, he became Superintendent in Jennings School District. Under his leadership, the classes of 2017 and 2018 achieved 100% graduation and career and college placement as featured on Fox 2 and CNN.

A nationally recognized consultant and speaker, Dr. McCoy has inspired scores of initiatives, authored many articles and two books. He founded SAGES, with the mission to “Sever the Achievement Gap in the Education of Students and Sever Attainment Gaps Existing in Society.” He has raised more than 10 million dollars to sustain and increase innovative initiatives for students. From the 2014-2015 school year to the 2015-2016 school year, he served as the Superintendent-in-Residence and Chief Academic Officer of the MIND Research Institute and Base 11, respectively. He has supported over 1 million students and 2500 schools and colleges across America.

Art’s Something Extra: Find your turbo button. You have an inherent gift and song in your soul that you’ve been placed here to sing to the mountain tops so that your life is a chorus of that song. In order to have your song articulated and sung – you must tap into your turbo button. Every leader has to know themselves to find their turbo button. Because once you have found it, there is no stopping you.