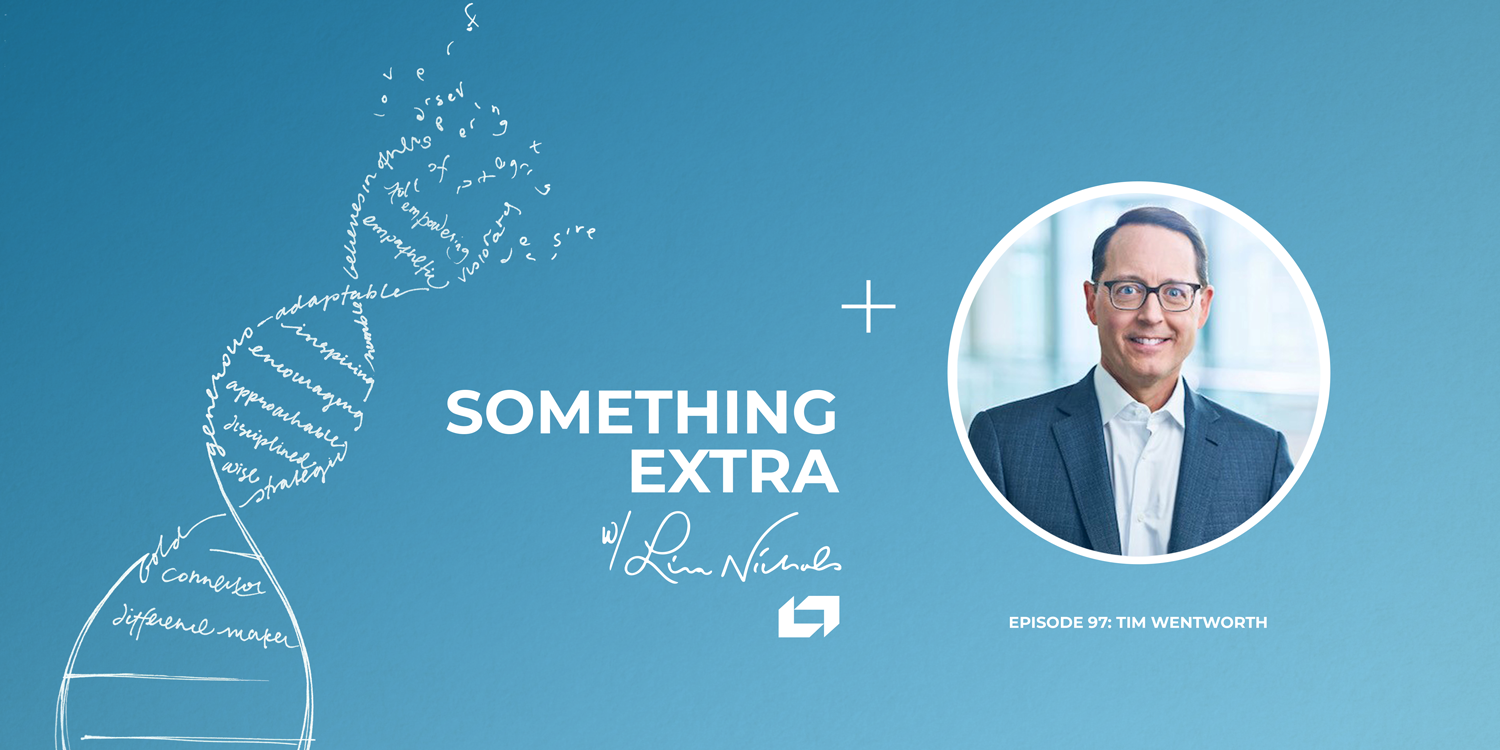 Education, community, and philanthropy are just a glimpse into the many passions Tim Wentworth is fueled by. After listening to his time on The Something Extra podcast, you will walk away with greater insight on how to actively lead from a place of vulnerability and the many fruits that will accompany this priceless lesson.

He joined Express Scripts in 2012 when the company merged with Medco. At Medco, he led the employer and key accounts organizations for nearly 14 years. He also served as President and CEO of Accredo, the company’s specialty pharmacy.
He earned a bachelor’s degree in industrial and labor relations from Cornell University and an associate’s degree in business from Monroe Community College.

Tim’s Something Extra: Being vulnerable is courageous not because you are saying something that you think somebody else might like. It’s courageous because you have to be open enough to admit you may not have all the answers.